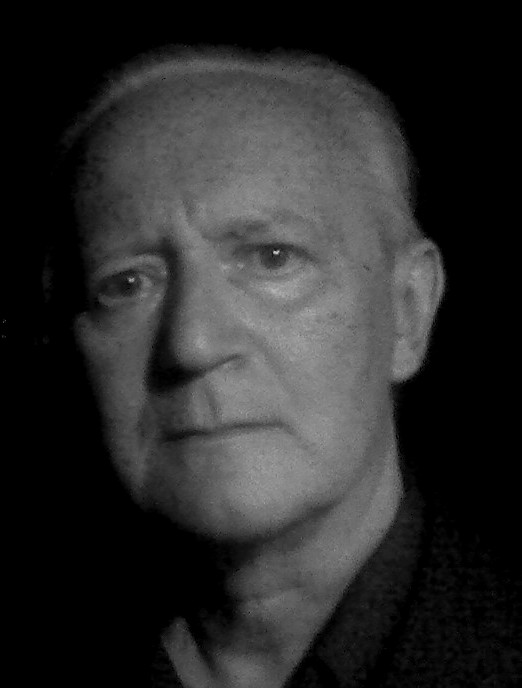 Magic, which exerts its effects from the highest to the lowest domains, is the most superior and most complete actionality among the radical forms of metaphysical tradition that is at all possible in relation to human existence, or in existence in general.

The Greco-Latin word magic comes from the Greek mageia; a strong Indo-European etymological connection may be established between the words mageia and māyā. At the depth of each we can find a “mi” root that strictly speaking can’t be translated in words and conceptually it’s almost ungraspable but it is certain that it is related to creation or to creation even beyond creation.

Certain traditional authors, including Guénon, had an aversion against magic and used, as well as recommended the word theourgia instead, as something fundamentally different from magic. With the utmost respect towards these authors we must say that this view is, to some degree flawed, since across millennia, two types of magic has been differentiated: mageia goetike and mageia theourgike.

Goesis or goetia means an applied form of magic, since – although it is most directly connected to what is referred to as sorcery, the scope of magic exceeds the domains of application and applicability. Magia goetike or simply goetia or goetiko-mageia or goeto-mageia used to mean an applied form of magic which was also called daimono-mageia, demonomagia; this means a level of magic when magos, the magician is still not in possession of the forces of consciousness and existence in such a degree that he could perceive them on all their levels and in all their dimensions as his own. Certain forces and powers manifested themselves to the magician in the form of beings (demons) who in a way exercised control over them; the magician had to dominate these beings and ascertain his will through them. In case of a higher level of domination these beings were integrated into the direct power sphere of the magician as his own qualities.

Demonomagic was also divided into two parts: agathodaimono-mageia, means good, helping demons and depicts one aspect and one grade. On the other side there are the kakodaimons, the evil demons prone to revolt, representing forces over which the demonomagus possessed even less power and which stemmed from his own impurity.

We should avoid talking about white and black magic because magia nigra (black magic) is strongly related to the magia nigredo of alchemy (blackness, blackening) which doesn’t refer to something negative but to a level that must be realized. Magia alba is in connection with albedo and means a higher level. But there was also magia viridis (green magic) on the same level as magia albaand on a somewhat higher level there is magia flava (yellow magic) or magia citrinitatis. On the highest level, uniting all there is magia rubea or magia rubra(red magic). There is one level even above this, magia aurea (gold magic) that already means the achievement of the goal, the realization of gold, the solar state, fulfillment.

The other expression is theourgia and its relation to magic. Theos, theo and ourgia together, means “creation according to divine powers”, but it also means “creation as god” or “creation of god”. Because of this, theurgia often meant the most sacred acts above acting in the Middle Ages. (Occassionally it was referred to as satanism, the evocation of satan, the awakening of satanic powers as a result of fully misunderstanding the higher meaning of this word.)

René Guénon put magic and theurgia in opposition both in terms of terminology and practice, approaching theurgia as something fully positive; he viewed magic as a sort of technical possession of knowledge. These views can obviously not and should not be accepted unconditionally, i.e. theurgia should not be considered as something that stands in opposition to magic, but as a truly realized level of magic. Even demonomagia may be accepted as long as it means a transitory phase that leads to a higher one. If, however this becomes autonomous by removing itself from these gradual levels and starts to act independently and for its own sake, then demonomagia will take on dark tendencies and will no longer be part of a path of realization.

Two fundamental ranges of capabilities are required for the acquisition of magic: gnosis and praxis heroiké. Gnosis means transcendental knowledge, a trans-sensory quality and a level of path that reaches the ultimate heights and depths of consciousness of existence; we can also say that it reaches the ultimate heights and depths of myself, in other words reaching my own heights and depths. Praxis heroiké essentially means seeking out the very limits of existence. Heroicity always refers to the relationship with the limits of existence; the overcoming of the most extreme challenges of transcendental magnitude; the triumphant completion of a struggle at the limits where the stake is to find awakening or annihilation.

What other certainty is there? Pistis means this certainty. This may have a lot of connotations and it’s possible to posit many directions and orientations of pistis, but essentially it is always oriented on this centrality. It concerns myself and existence centered in myself; whatever special orientation it may have, ultimately, through them, it may only point in this direction.

Pistis pertains partially to gnosis, partially to praxis and partially to magic. No demonomagia or theurgic magic may be practiced without certainty. This plays a role when it comes to having gnosis, it plays an indirect role when it comes to authentically performing the praxis and it has a straight forward connection with magic. Magic may be appropriated by anybody, but it contains a functionality, an actionality, a qualification that has a supra-human dimension; because of this, no human or non-human, or supra-human or human-side ambition or endeavor may be compared to this because it essentially transcends all other ambitions. When we refer to magic we always do so in the sense of theurgia; creation with divine powers, creation as god, creating god. Its meaning is complete with all these aspects.

Magic has the perceivably closest relation to philosophically, or rather to supra-philosophically understood solipsism; this is crucial also from the point of view of gnosis and from the point of view of all true transcendental praxis; in no other perspective is this such crucial a preparatory world-view as precisely in the case of magic. The less magic is addressed in the sense of demonomagia and the more in the sense of theurgomagia, the stronger this supra-philosophical solipsism is connected with it; this is so much the case that solipsism – which, from the aspect of views I consider to be an indispensable part and back bone of metaphysical tradition – may be named theourgo-magiko-solipsism. Not simply solipsism; the main premise is not simply that I am the subject of existence, that the world is my world that exists only as a way of my conscious function but that all this is so magically, that I am potentially the ruler of existence and its creator even though I am in a way sleeping through my own acts of creation. I am the sustainer of existence in a vaishic sense even though I am also sleeping through my acts of sustaining existence in existence. I am also the transmutator of existence in a shaivic sense but I am sleeping through this, as well.

It is possible to wake up from these sleeps: awakening is possible. What does awakening mean? It means to wake up to myself and this is fully in line with magic; to wake up and reach my absolute Self.

I am always myself but not fully. Awakening is that I change myself fully into myself, it means finding my way back. I am myself right now, but not fully; I can be my even more complete, infinite self and this is the objective – this is solipsism as realization. This is the same as waking up. Nirvāna is the deflammatio or exflammatio of the “other”; extinguishing the “other”. All “others” appear in relation to a vortex. The exflammatio of the forces of the vortex affecting me, like that of a flame, is nirvāna. In nirvāna, I am the center. I reach the limit and cross over it: this is the meaning of the expression “the lord of limits”. I rise above the center so that I dominate the vortex through the center. Chakravartin, the king of the world reigns over the vortex, he’s the lord of the vortex, the “turner of the wheel” (this is the literal meaning of the word). Not only is the turner of the wheel in the center, he is also above the center. He dominates the center and through the center the vortex, the wheel, the spinning and the turning.

Excerpt from a lecture held by the author on January 25th, 1995, in Debrecen, Hungary.

Source of the English translation

Source of the Hungarian text (first published on Theurgical Magic)